When VC10 Aircraft Flew the Flag for UK aerospace

When VC10 Aircraft Flew the Flag for UK aerospace

How Micropac hydraulics has given the VC10 skydrol hydraulic system a boost.

We are sitting on high tech lightweight aircraft seating in a cutting-edge aircraft interior. It’s truly stylish. It isn’t an Airbus A350 or a 787 Dreamliner and maybe the ash trays give it away. If you are British and of a certain age, the VC10 will be etched in your memory as everything that was exhilarating in British technology in the early 60’s. Harold Wilson’s “white heat of British technology” was big in the National conversation in 1963. Yes, the VC10 was glamour and home-grown brilliance in aviation to showcase to the world. We wanted to tell the world of that era we could still make great aircraft and this was the airliner to fly in. Yet we only sold 32 of them as civilian aircraft and Boeing shifted over a thousand 707’s.

Sixty years on, how would Engineering folk look back on the VC10 and our 1960 vision of a world of airlines operating massive numbers of British airliners? Or is there a deeper story that overshadows pure Engineering?
We’re champions of Engineering UK and felt privileged to give the excellent Brooklands Aviation Museum just off the M3 in Surrey a Micropac MB skydrol hand pump to keep the hydraulics on their own VC10 up and running.

Skydrol is a fluid we know well. Read our white paper if you need to get up to speed.

What was special about the VC10?

So, what was special about the VC10? What did pilots and passengers make of it? We are told that the VC10 was a very good aircraft to fly and well-liked by pilots. Those engines up on the tail made it quiet for passengers and a pleasant experience in a world that was falling in love with long distance air travel. It was considered an incredibly comfortable aircraft even up to recent times. It was also a very fast plane to the point that the only thing faster in the sky was Concorde ten or more years later. When Concorde finally came out of service, the VC10 was still the fastest airliner in the sky with a top speed of Mach 0.86. Its transatlantic record of 5 hours and 1 minute still stands to this date for a sub-sonic airliner.

The engines were a development of the Rolls Royce Conway units from our favourite Vulcan. These were immensely powerful engines compared with the competition. The maximum thrust figure on each of the four Conway engines is reported as being 8000 pounds force (or 50%) higher than the Pratt and Witney engines fitted to the early 707. That brought benefits on performance on the VC10 but undoubtedly drawbacks on fuel consumption.

On any design, specification is everything. That shapes the product. In its DNA, the VC10 aircraft was designed to take off from short runways, hot climates and at high altitudes. Back again to those advanced design swept wings and powerful engines. It was, when all said and done, an aircraft designed to service BOAC’s global network with its underlying mission of flying the British flag around all those remnants of empire. We are in the late 50’s here! Designing around the specification and requirements of its launch customer undoubtedly hampered it on the world stage. 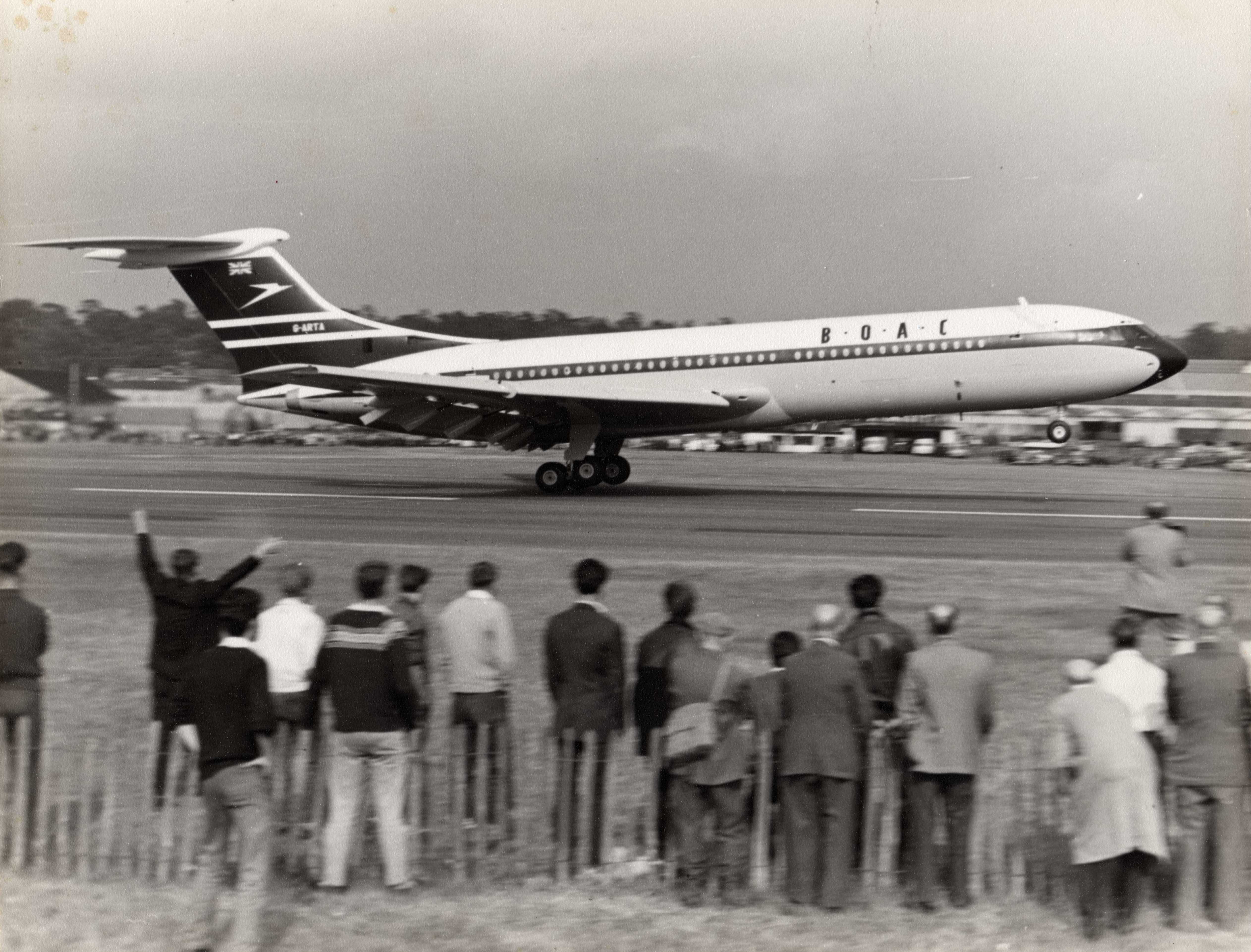 The Boeing 707 had a head start of six years but was a different beast. Boeing was able to claim that it had an extra 10 ton payload but on the other hand it did need an average of an extra 800 metres in which to take off and land. In due course, runways were lengthened and the short take-off capability of the VC10 wasn’t such a big deal. In reality, the 707’s more mainstream wing design and smaller Pratt and Witney engines did cut running costs. Yes, we are in a pre Yom Kippur war and oil crisis world here, but fuel cost has always been the cornerstone of the airline industry. The 707 had economy. That was the USP.

Sticking to Engineering, although the VC10 wasn’t the trailblazing product that the earlier Comet was, the aircraft was designed in the 50’s and was the first airliner to have levels of redundancy built in to keep it in the air if certain systems failed. That is taken for granted today but was actually a big innovation in its day.
The VC10 aircraft was also a rugged bit of kit. If the first scheduled flights were in 1962 and the last from London to Nairobi in 1979, that gives a civilian life of 17 years. The RAF used them as tankers right up to 2013, which gives a service life of 47 years. We regularly used to see (and hear) a VC10 flying overhead from QinetiQ Boscombe Down, two miles north of our factory in Salisbury as late as 2011.

So, what went right and what was wrong on the business side? If we could manufacture the VC10 in the 1960’s, why aren’t we still making finished airliners with a Union Jack on them today? For any product, timing is everything. And so it was with the VC10. Post war, the British had a good start in civil airliners. The Comet was a true innovator, being the first commercial jet airliner. Disastrous problems with fatigue on its advanced airframe seriously damaged UK civilian aerospace. Commentators will tell you that for various reasons, the VC10 was late to the market and the Boeing 707 was quite well entrenched by then. Maybe that was fundamentally what went wrong. On top of that it was perceived as an expensive aircraft to operate. 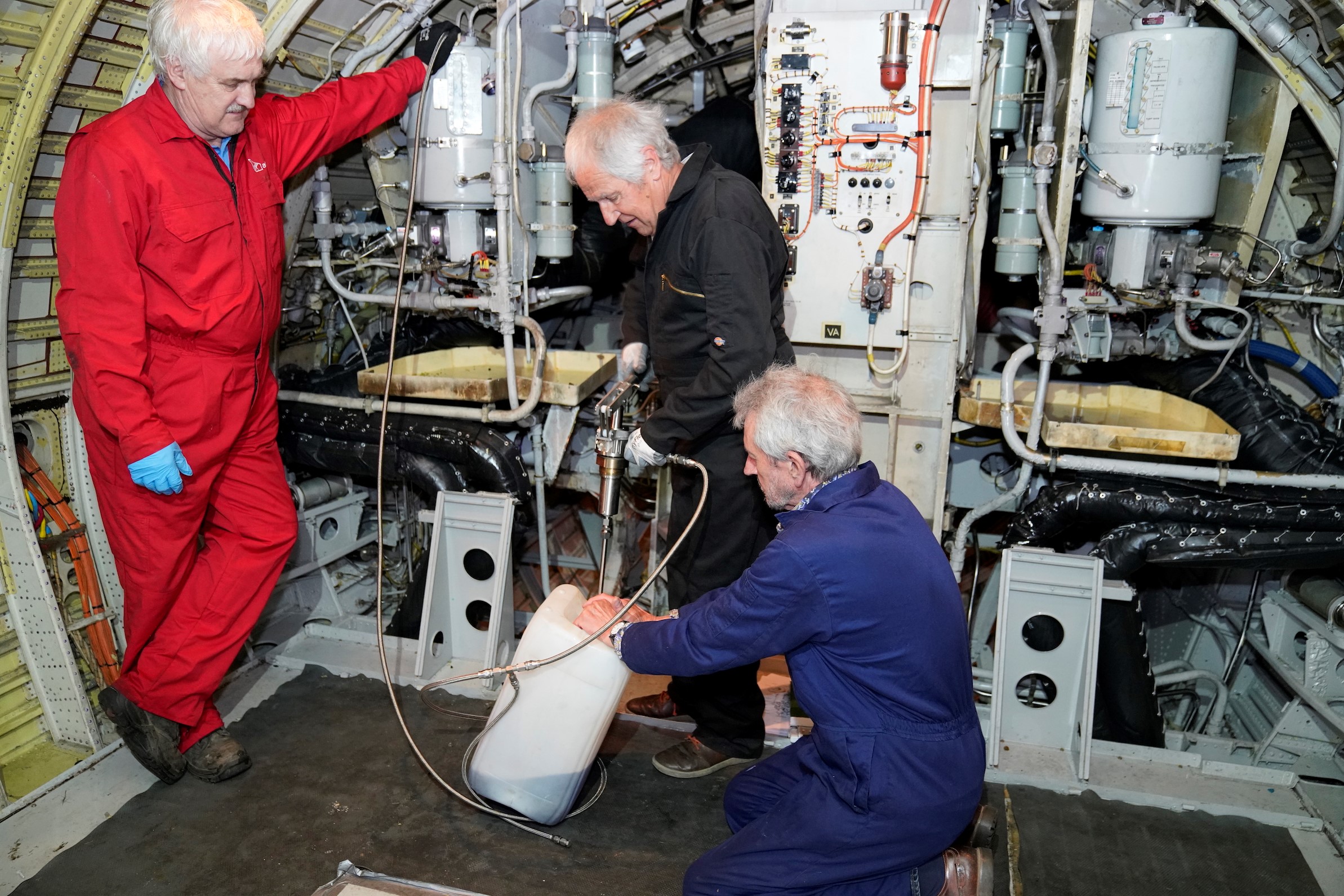 Looking back 60 years, how does history see the VC10? Britain certainly had the civilian aerospace heritage to build long haul aircraft. The industry had been restructured. Would market forces rather than central planning have achieved a different end? The bottom line was probably that Britain no longer had the deep pockets to support long haul development and ultimately its own civilian aircraft industry. Who knows what might have happened if the VC10 had been up against the 707 much earlier.

There were also significant pluses and minuses on the Engineering. The Boeing was more fuel- efficient and even the short take- off for the VC10 didn’t seem to swing things for potential customers. We are told that Boeing simply paid to extend runways around the world to suit their offering. Post Second World War, the US had identified civilian aircraft as a key industrial area and other nations would inevitably be under pressure. We even read that Rolls Royce wasn’t that keen on the project because its US customers preferred that Britain didn’t go it alone on a competitor aircraft. Rolls Royce could obviously see how large the US market was going to be. The initial planning for the VC10 was built around 80 aircraft, including the RAF tankers. Yes, that is massively less than the 1000 odd 707’s produced. Maybe the very small number of projected VC10’s suggests that people could already see the writing on the wall.

So, was that the death of the British civilian Aerospace industry? And where does Concorde fit in? As the world’s first supersonic passenger aircraft, Concorde was a triumph of technology for UK and French aviation, but like the rival Boeing 2707 supersonic development of that same era, it became a political issue. Ultimately the US government did not have the appetite to see through the 2707 project, whereas a heavily subsidised Concorde did enter service into a small and hitherto unknown transatlantic market, flying from 1976 through to 2003 when a tragic and unfortunate accident put an end to its troubled life.

It is true that there have been other successes for the UK aviation industry since the VC10 era- the HS146 short haul airliner for example. But it is fair to say that the VC10 was the end of our hopes of beating Boeing and the US aviation industry with a commercially successful subsonic long haul aircraft branded as British. Yet all was not lost. British know-how had a major part to play in the European success story that was to become known as Airbus. And what a success this has been. Taking on Boeing and the USA against all odds and succeeding in changing the world aviation industry has been amazing.

Airbus wing design and production was assigned to British Aerospace in the UK, who indeed had a one third shareholding in the embryonic Airbus. There are now over 4000 companies alone in the UK supply chain for Airbus, ranging from large primes such as Rolls-Royce and GKN to hundreds of small and medium sized enterprises. Add in all the other UK civilian aerospace suppliers who are carrying on in developing and selling their expertise from VC10 days and before.

You can’t learn this knowhow from scratch as is clear from the number of aspiring national aerospace industries which are built on joint ventures, licensed technology and a high content of bought in technology from “old hands”, including UK firms. Yes, Britain may no longer be a world player in airliner manufacture, but the VC10 legacy has actually been massively more successful repackaged and sold as components.
The British civilian airliner industry is dead. Long live British civilian Aerospace.

Firstly, try to visit Brooklands Aircraft Museum just off the M3 in Surrey.  And live the VC10 dream.
While you are there, maybe pop in to the excellent Mercedes Benz World right next door. Yes, we were impressed. A little bit of Germany in Surrey.

There is plenty of material on the web, as might be expected on this much-loved aircraft. Just a few sites:

The Imperial War Museum at Duxford have a VC10 as well.

The ultimate enthusiast VC10 website is  Thank you to the site for information.

About the Author: John Foster

Passionate about boats, cars, art, architecture and of course, hydraulics. After 30 years as Director of Sarum Hydraulics, every day still brings new challenges and inspiring engineering in the bigger world. If you want to talk hydraulics, engineering or even boats, reach out to me on LinkedIn at https://uk.linkedin.com/in/johngfoster” or contact me direct at john@sarum-hydraulics.co.uk